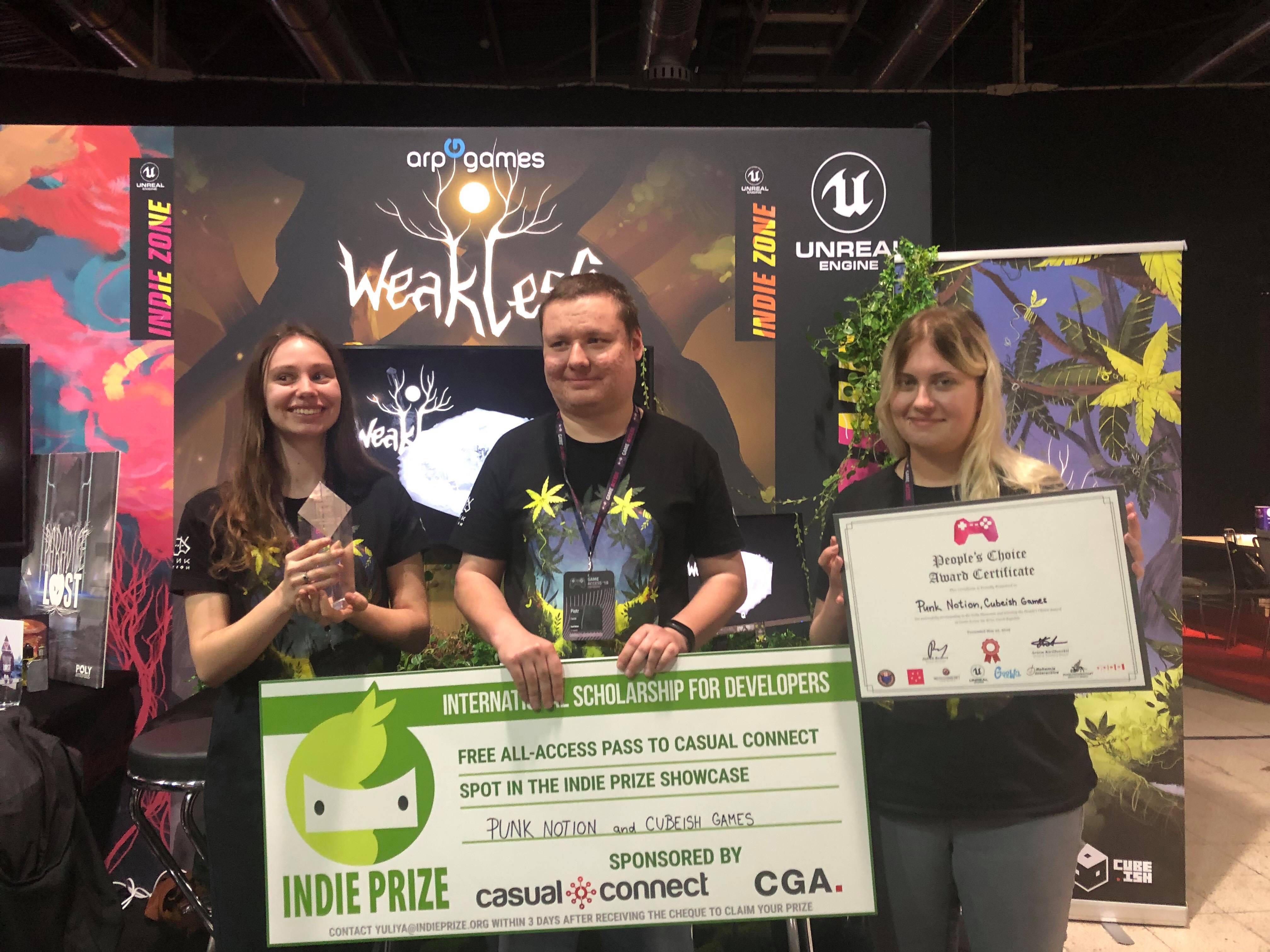 Weakles is a 3D puzzle adventure game, focusing on the relationship between two characters: the Blind One and the Deaf One. During their journey they have to overcome obstacles standing in their way and their own limitations. “The core gameplay is solving puzzles and exploration using unique senses of our heroes. The player controls only one character at the time, so he can’t both hear and see at the same time.” – says Ania Kowalczyk, one of the authors.

One of the strong points of the game is music, composed using exotic instruments such as marimba or rav vast. “Various objects and elements of the envoronment that are sound sources build up the space around the Blind One. He can echolocate, which allows the player to widen the area they can see in the place where he starts a soundwave.” – says composer, Agnieszka Wlazły.